Highlighting the political dominance of the Sasanian rulers.

The coinage of late antique Iran and Central Asia serves as an invaluable research tool, demonstrating a comprehensive documentation of the Sasanian rulers and their political dominance in late antiquity. Purchased in 2015 from New Jersey resident Robert W. Schaaf, this globally important collection spans the foundation of the Sasanian Empire in 224 CE to the establishment of the Islamic Caliphate in East Iran in the eighth century. It includes a number of unique items, including gold coins, rare fractions like the one-sixth drachm and a rich assemblage of previously undocumented copper and lead coins.

Available through the Princeton online coin database, the collection can be fully accessed and viewed by specialists, students and researchers worldwide.

The Schaaf Sasanian Coin Collection was purchased with the help of a gift from Anihita Naficy Lovelace ’75 and the Friends of Princeton University Library. Along with Princeton’s primary Numismatic Collection of almost 300 Sasanian coins, the coins were studied, described, curated, catalogued and illustrated by Dr. Razieh Taasob, former associate professional specialist for Central Asian numismatics in the Department of Rare Books and Special Collections at Princeton.

“Ērānšahr inTransition: West and Central Asia Between the Sasanians and Islam, 600-750 CE”

This conference brought together the leading scholars of the fields of late antique, Sasanian and early Islamic history in order to study the period of transition—defined broadly as 600-750 CE—in Central and West Asia, with a particular focus on the social, political, economic and institutional history of the Sasanian Empire. 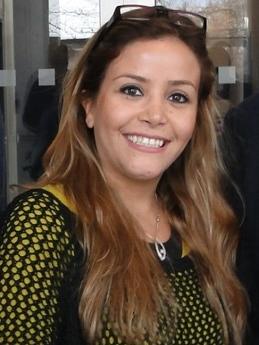